Kamla also published a video game called DRESS PEACH which can be found on the iTunes store. This FREE video game (with optional in-app purchases) allows everyone the ability to dress up Peach and her Pet Pug Paulo. Kamla also has a non-profit called Palatial Kids Non-Profit which mission statement is to strengthen children and communities through the power of stories.

Kamla is also a theatrical performer and she played the lead role of Tiffany in the play titled "You Are Who You Eat" which appeared at the Kumble Theater in Brooklyn, New York for 2 days and was written by Tarishi 'Midnight' Shuler and Jashua Sa-Ra.

Kamla is a community advocate who has conducted various job training seminars and resume workshops at various bookstores and homeless shelters in New York City.  Kamla provided the critical skills training that are necessary in order to enable others to succeed in office environments, including job placement assistance, ongoing mentoring, additional training seminars, and numerous networking opportunities with business professionals.

She ran many road races with the New York Road Runners Club and NYC Runs in order to bring awareness to kidney disease for a dear friend called Alexis Mathurin, which enabled her to raise funds for Alexis' cause.

Kamla also utilized her community advocacy to skydive for a cause, as she skydived out of a plane 10,000 feet in the air wearing a Tshirt given to her by her friend Vertina Brown, which had the face of Tiarah Poyau on it. Vertina Brown - who accompanied Kamla on the skydive is the mother of the slained student Tiarah Poyau - who was fatally shot Sept. 5, 2016 at the J'Ouvert celebration in Brooklyn. 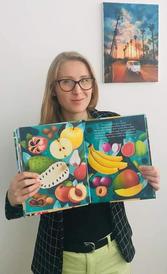 Kamla is the Face of the Got To Stop Campaign founded by Erika Ewing, which is a social impact consulting company and fashion lifestyle brand that uses the arts, advocacy, and education to raise awareness about injustices such as domestic violence, human trafficking, child abuse, racism, exploitation, racism and poverty.

When the COVID-19 pandemic commenced, Kamla - in partnership with Senator Roxanne J. Persaud live streamed to thousands of people stuck at home every week for Virtual Story Time Series. Many schools added this Story Time series as part of their curriculum. This virtual story time series - also provided an opportunity for children to practice their reading and gave families a much-needed break during the coronavirus pandemic.

Kamla has received a proclamation from Brooklyn Borough President, Eric L Adams for her outstanding and selfless work done in the community and for being such a positive role model and an inspiration to many.

Kamla - who proudly resides in Brooklyn -  is a mother and a life partner, and is a graduate of St. Francis College and Harvard Business school.

Kamla Karina Millwood was born in the Caribbean in St. Vincent and The Grenadines. She is the Founder/CEO & President of Palatial Publishing LLC, which is a for-profit corporation - which was established on November 24th, 2015.

Palatial Publishing LLC promotes literacy among preschool-aged children in under-resourced communities in schools, hospitals and homeless shelters. Reading to children helps them  develop the critical early literacy and social-emotional skills they need to be successful in kindergarten and beyond. 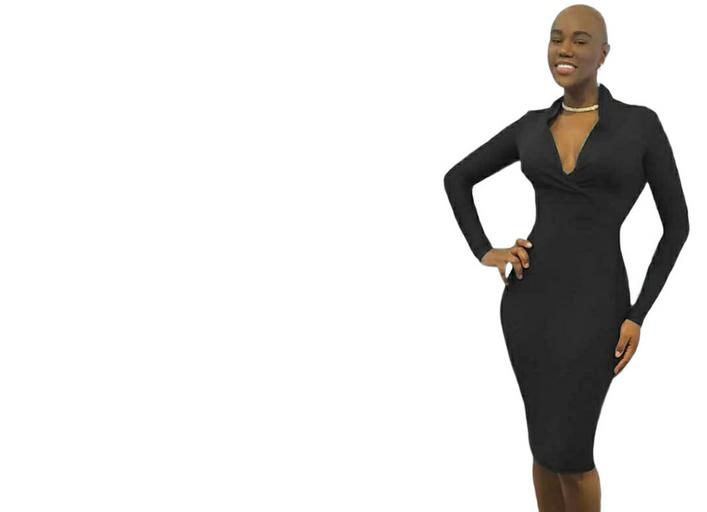 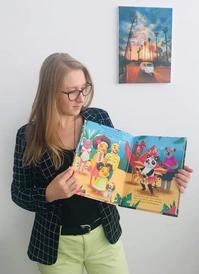 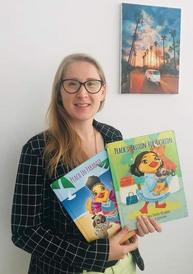 Nina Klymenko is the Founder and CEO of Bozka Games LLC,  she is an accomplished book Illustrator, games artist and designer from Boston, MA.  Her talent is sought after worldwide  - as she has an astute eye and genius mind to birth the visions of her many clients.

Nina made her first steps in her artistic career while residing in Ukraine. After moving to the US in 2011,   she devoted herself entirely to the graphic arts. Today her portfolio includes dozens of games - including Peach The Duck - Plays Dress Up - mobile apps, books, and illustrations and design projects all over the world.

Nina holds two degrees which are in Game Development and Physics. After a few years of working  in academia, Nina made the choice to switch completely to what she is most passionate about and that is The Arts.  Now, her technical background perfectly compliments her artistic experience and skills. You can find Nina’s work at https://bozkadesign.com/